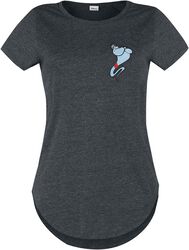 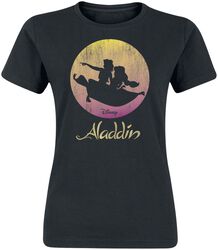 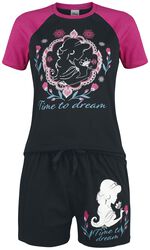 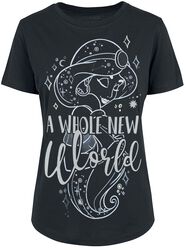 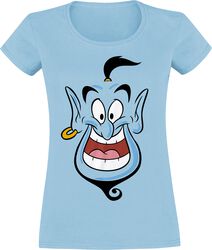 Who wouldn’t love to have three wishes? But watch out, wishing for more wishes isn’t such a good idea. So you’d better think carefully about what your heart truly desires.


How about a day in the fairytale from the 1001 Nights? Wander through the colourful bazaars, ride on a flying carpet and accompany Aladdin and Jasmine on their adventures.


‘It’s time for some magic’

Disney tells the timeless story of Aladdin, Genie and the three wishes, and transports viewers to the magical world of the Orient. A beautiful princess, a magic lamp and a power-hungry Grand Vizier – you don’t need many more ingredients to create the thousand-and-one nights classic Aladdin. Allow yourself to be enchanted by the colourful images and Oscar-winning music from the film!


The main character Aladdin is a clever street thief, who works the streets of Agrabah with the help of his friend, the monkey Abu. On one of his trips through the city’s colourful bazaars, he meets Princess Jasmine. Captivated by her beauty, Aladdin tries everything he can to see the princess again. In his attempt to climb over the palace walls he is captured and finds himself behind bars. The evil Grand Vizier Jafar, disguised as an old man, seems to offer his only way out of his predicament. He just has to find the magic lamp and trade it for his freedom. Little does he know, the magic lamp would grant Jafar the power to rule the kingdom, as it contains a Genie that is able to grant three wishes to its owner. To escape his fate in jail, the unknowing Aladdin goes on the search for the famous lamp, and stumbles into a dangerous adventure in the process.


Back to the big screen

Guy Ritchie has brought the fairytale back to the big screen with the live action film version of the well-loved Disney animated classic from the year 1992. Even the fantastic songs, which are currently featured in the musical of the same name, are incorporated into the film. The old story of Aladdin and the magic lamp is given new life, the Genie captivates us with his very own charm and the love story between the young hero and Princess Jasmine moves us to tears once again.